When my people woke up, It was magic – Orobosa Agbonkpolo

In Edo state of Nigeria,September 19th,2020 turned out to be a watershed day all by itself in the copious jubilations, dancings and ubiquitous signs of 4 + 4 ogbane by people of all stripes across my beloved state.

Only a few other occasions compare with the joyous mood on this memorable day
-the liberation on September 30th,1967 of Benin-City and subsequently the entire Midwest Region by the Federal troops led by our late illustrious son,Lt Col.Samuel Osaigbovo Ogbemudia under the commandership of Col.Murtala Mohammed.
-Independence declaration of Nigeria on Oct 1st,1960
-the fall of the Berlin Wall on Nov 9th,1989
-the release from jail of the icon of African freedom fight,’Madiba’ Nelson Mandela on Feb 11th,1990.

In all of these instances, it was the end of a long dreary dungeon of their oppression and suppression by a powerful class that evoked such joyous celebrations.
It was the expected jubilation when a life struggle to liberate from the asphyxiating chokehold of rogue rulers materialized.

Make no mistake about it, the witnessed widespread jubilation is more than -the defeat of Pastor Osagie Ize-Iyamu
-the decimation of the diminutive, loquacious, uncouth and shamelessly brigandic Oshiomole -the certain obituary of the opium of notorious and odiferous godfatherism in Nigerian politics symbolized by Tinubu and Oshiomole
It was all of the above but more that my people woke up from their slumber and found the magic and mojo of their voices and votes.

It was the better late than never realization that the actualization of their lofty destiny lies more in their votes than long prayer vigils in the churches and mosques that up until now marked our yearning for sweet dreams of good governance.

I knew that soon enough, my people will come to acknowledge how the rogue politicians have raped our commonwealth and upended our aspirations.
I am informed of this now at work force by my experience with my beloved mother.
She visited me in Boston.
She visited my sister in North Carolina and then Virginia.
She marveled when she visited the hospitals or the Malls or travelled on the potholes less highways.
She was astonished at the relative peace in our neighborhoods.
She never experienced power outages.
When she went to the grand kids elementary or middle or high schools, it took some work to convince her these were not universities.
O ko mwen, she would say, (exclamation for pleasant surprises)
To this day, my Afroamerican wife says o ko mwen when she is pleasantly surprised in memory of the woman she came to call iye(mummy).

When she went to the SS offices, she witnessed how we did not have to bribe to get due service.
She always asked me in our language, vba na mie we e ye vbe nian vbo owa? Translated why is it not like this at home?
I would always say ede nima gha hio re(when we wake up)
Multiply my experience many times over across my homeland and you realize we may now have a critical mass of people trapped at home asking this same question with increasing ferocity.

People who have seen and heard about progressive societies and want same in our homeland. Their votes are no longer available for sale while mortgaging the future.
Quite possible that every every edo family has a child, grandchild, uncle, aunty scattered throughout the world in advanced and progressive societies who by the remittances for support and alluring tales excite the imaginations of edo state citizens and indeed sundry Nigerians what their land can be without the rogue politicians who have stymied our fortunes.
Our people now prize good governance over the proverbial crumbs if at all and yearn for the opportune moment to assert themselves.

Then enter Gov Godwin Nogheghase Obaseki and they perceived a man whose mantra was not self enrichment but rehabilitation of our rotten infrastructure.
– investment in our schools
– revamping our rich but unharnessed agricultural prowess.
– unleashing the talents of our teeming unengaged unemployed youths
A man lacking in braggadociousness but rich in action and empathy.
A man sold to sound moral convictions and principles of transparency.

A man unmoved by the cacophony of his detractors to share the commonwealth so much that those who cried for his crucifixion had only his obstinate refusal to open the public coffers to the entrenched interests as their only grievance.
Convinced that they have in Obaseki,the symbol and student of their envisioned good governance and its promises for our state, we the people drew a line.

No more godfathers
No more opening our public coffers to the party henchmen while needed services for the masses suffered.
The poignant message of 4 +4 to gba for GO became a slogan by my people for a task that must be done.
The elites decamped from Obaseki.
Obaseki was disqualified from APC per the inimical dictates of Oshiomole who taunted Obaseki and the rest of us.
Even billionaires including Tinubu and fellow edo man Hosa pledged to see Obaseki packed out of the state house.
The threat of lions and tigers fell on deaf ears as my people knew for certain who had the power for change.

The people however had made up their mind.
The unprecedented mobilization of edo people`s voices and resources from all Diasporan edo groups coalescing with our home based forces of progress was all that was needed to checkmate the wicked schemes of the enemies of our progress.
Thus was born the resounding victory for Obaseki and my people on sept 19th,2020 by my people defying the elements as in droves they voted.

Now that we have found our voice and our political mojo in our votes, we will not rest until good governance promised is the order of the day.
We must now mobilize to rid off rogue politicians in all enclaves throughout our beloved nation.

Good governance is no longer to be negotiated.
We demand it of all incumbent and aspiring politicians.
We the people deserve better and in this new resolve there is no going back.

On this Giving Tuesday, we know you have many ways by which you show your generosity but please consider giving to NPAG. Your donation will help us further our mission to increase access to clean water and voter participation in Nigeria.

Donation to NPAG is not tax-deductible.

We at NPAG wishes you a happy Thanksgiving. ...

NPAG cordially invited you to it's annual virtual benefit gala. Kindly click the link In our bio to register. ...

Have you thought of how better the healthcare sector in our nation will be when good governance is established?

We can achieve better and quality healthcare if we join hands to elect the right leaders in our nation.

Due to popular demand early registration was extended for 72hrs, you have only 48hrs to go, make it happen!
Please click the link below or the link in bio to pay $100 when you register by November 9th for our upcoming virtual benefit gala.

Please get your PVC from the Inec office close to you today. Your PVC is your voice! ...

NPAG cordially invited you to it's annual virtual benefit gala. Kindly click the link In our bio to register. ...

We must engage in a united front to create sustainable solutions!
Join NPAG today. Let's work together to make this a reality. ... 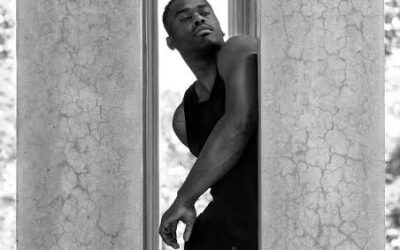 I am dancing on
my own 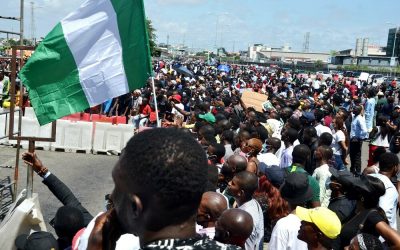 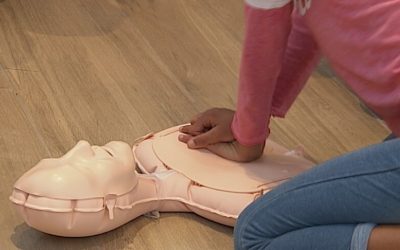 Cardiac massage Training and Simulations to save lives